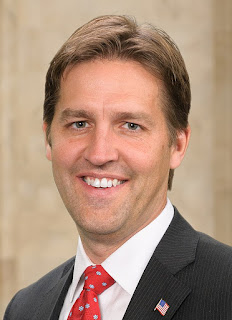 Sen. Ben Sasse (R-NE) said, “I’d like to just remind us of the distinction between civics and politics. Civics is the stuff we’re all supposed to agree on regardless of our policy view differences.  Civics is another way we talk about the rules of the road. Civics 101 is the stuff like, ‘Congress writes laws, the executive branch enforces laws, courts apply them.’   Politics is the stuff that happens underneath civics. Civics is the overarching stuff we as Americans agree in common.”
I agree with him.  OK, he was referring to Presidents and Senators stacking ideologically compatible Justices onto The Supreme Court.  Yet, his words can, and should, apply to the ire bubbling just below the surface of our country.
Passionate proponents from both ends of the political spectrum have increasingly protested, rioted, and clashed over the past four years.  If riots weren't destructive enough, there have been whispers of election results not being accepted and possible civil war breaking out.
Even with emotions running high, such a conflict can be avoided.  To do so, We the people  have to be civic minded enough to be Americans first and party members second.  We the people  have to relearn the art of the compromise in order to conduct business and make our country work.
Written by James Kiester at 4:53 PM