Was the Theft of Classified Files an Act of Espionage or Something Else?

According to an article at Politico.com, "The Justice Department’s top counterintelligence official, Jay Bratt, repeatedly emphasized that the investigation into the former president’s handling of classified White House records 'is in its early stages.'" 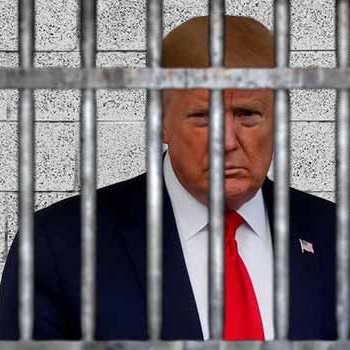 Publicly traded MEME
Many people are wondering what there is left to investigate.  We know, according to reporting appearing in the September 6th edition of The Washington Post, "...more than 300 classified documents from Mar-a-Lago this year: 184 in a set of 15 boxes sent to the National Archives and Records Administration in January, 38 more handed over by a Trump lawyer to investigators in June, and more than 100 additional documents unearthed in a court-approved search on Aug. 8."
We also know, according to multiple reports at time, that in May of 2017, then-President Trump divulged highly classified secrets, which had been entrusted to the United States of America by a middle eastern ally, to Sergey V. Lavrov, the Russian foreign minister, and Sergey I. Kislyak, the Russian ambassador to the United States during a meeting in the Oval Office.
Admittedly, it's more than a little tempting to make a cognitive connection between the two events and say, "Ah-ha!  He stole the files for the Russians!  Lock him up!"  Now, I'm not going suggest he doesn't belong in prison.  Of course, he belongs in prison for multiple crimes Trump committed while he was in office.  But what if the purloined papers in question are the product of something other than espionage or criminal intent?
Until now, I've believed that Donald Trump knows he lost the 2020 election and has been claiming otherwise in order to keep his base fired up.  After all, it's all about the base.
What if I've been wrong though?  What if Donald Trump is, in fact, delusional enough believe he actually won 2020's election for president?  If that's the case, then keeping the papers becomes less of an act of espionage and more of a sign of mental illness.  Taking the papers may have been a way for him to hold on to his delusion of victory.
If that's the case, then it's still a crime maybe an understandable one.  Keep in mind though, understanding what motivates a criminal act isn't the same as excusing the criminal act in question, nor does it excuse any other criminal act he may have committed.  I'm merely suggesting a possible context for, rather than a justification of, his action.  In fact, if Trump is prone to such delusions, it becomes even more imperative he be kept out of the Oval Office in 2024, assuming, of course, he's not in prison by then.
Written by James Kiester at 3:59 PM No comments:

The Supreme Court Has Set Womens' Rights Back Decades

According to an initial draft majority opinion, written by Justice Samuel Alito, "The Supreme Court has voted to strike down the landmark Roe v. Wade decision." 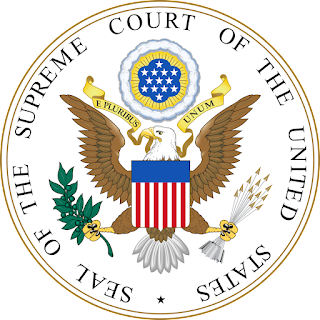 Justice Samuel Alito, and the other conservative Justices; Chief Justice John Roberts, Justice Clarence Thomas, Justice Neil Gorsuch, Justice Brett Kavanaugh, and Justice Amy Coney Barrett; are of the opinion that the issue of abortion is about states' rights, rather than women's rights.

In other words, it's more important to preserve the right of state governments police doctor/patient relationships than it is to safeguard the right of women to decide what happens to their own bodies.

The GOP's stance on abortion isn't about states' rights, and it certainly isn't about protecting life.  Criminalizing abortion only drives desperate procedure seekers into proverbial back allies.  GOP law 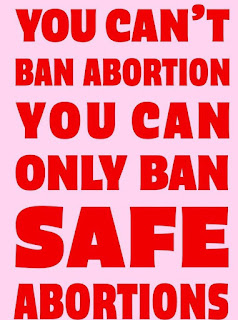 makers are chomping at the bit to ban abortions, making no allowances for cases of incest and/or rape.

A recent piece in The Huffington Post tells the story of 11-year-old "Sophia" (her real name withheld to protect her privacy) who was impregnated by a relative.  There was no question whether, or not, Sophia should carry to term.  The pregnancy was, of course, terminated.  However, if conservative law makers have their way, and it looks like they just might, victims, such as 11-year-old Sophia will be forced to see their unwanted pregnancy to its conclusion, despite the physical and mental health of the mother.
If ultra-conservatives were truly concerned with safeguarding the sanctity of life, they would allow, and even champion, exceptions for rape, incest, and protecting think health of the health/life of the mother.  Protecting life isn't their true motivation though.  Keeping abortion illegal is a way to keep uppity women in their place by turning them into little more than baby factories.  They're literally saying, "No matter how a female (woman or girl) is impregnated, and no matter how said impregnation affects her health, she needs to shut up and pop that baby out."  When policy reflects such an attitude, women are reduced to second class citizens.
Written by James Kiester at 4:48 PM No comments:

As I write this, war has raged across Ukraine for 27 days. The violent onslaught, according to Statista.com, has killed a total of 953 civilians. Of them, 78 were children. Furthermore, 1,557 people were reported to have been injured 105 of which have been children. However, OHCHR specified that the real numbers could be higher.  On top of that, 2.14 million Ukrainian people, mostly women and children, have fled for their lives as everything they've known was, literally, reduced to rubble. 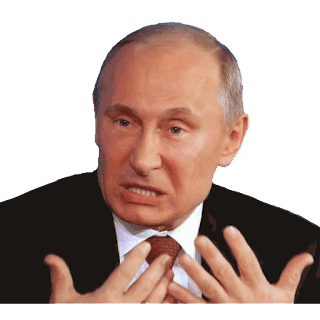 | Subject: War Crazed Vladimir Putin | Permissions: This picture was found at FavPNG.com/png_view/vladimir-putin........ via my premium account for my personal use. |
According to a recent article in the New York Times, I.C.C. Prosecutor Fast-Tracks War Crimes Investigation in Ukraine, "The prosecutor of the International Criminal Court has launched an immediate criminal investigation of possible war crimes in Ukraine."
I'm all for due process and giving a guy the benefit of the doubt, but how many bodies have to pile up on a guy's proverbial doorstep before people can agree he's committed, and is still committing, a crime?
Legal procedures are important, they are.  Legal procedures, ensure the rights are protected, at least in theory (the parents of Ferguson's Michael Brown Jr. might disagree).  While such laws have allowed humankind to form civilized societies, they have their limits.
If a person is going around town shooting people, you don't stop to apply for a warrant.  You TAKE THE S.O.B. DOWN!  Seriously, he doesn't deny having ordered the invasion.  He's spouted some QAnon caliber nonsense, about Ukrainian NAZIs, to justify his actions, but his guilt is evident and undeniable.
OK, Ukraine isn't part of NATO. Granted.  Yet, you don't sit and watch your neighbor be burgled because he didn't pay his property tax.  You send the police in anyway because you know he's not going to victimize just one house.  Does anyone think Putin will stop with Ukraine if he's left in power?  Do nukes have to fly before we can agree to put this mad dog down? 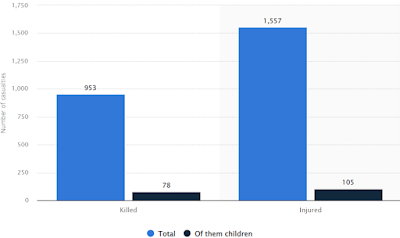 Compromise Does Not Mean Defeat

"You gd old senile bxxxh. You’re as old and ugly as Biden. You ought to get the fuck off the planet. You fucking foul bitch…. They ought to fxxxing try you for treason, bitch... ...You and every one of your scumbag fxxxing friends… I hope your family dies in front of you. I pray to God, if you’ve got any children, they die in your face." ~ This was a message left on Representative Debbie Dingell's (MI-D) voice mail system. 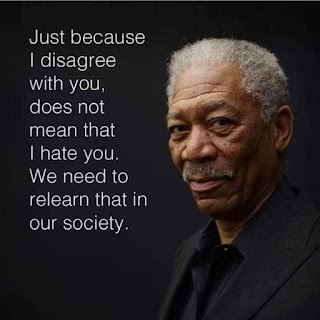 In 1887, our independence had been won and it was time to design a functional government.  Our founding fathers shuttered the windows, so no one could see the proverbial sausage being made, and they debated.  They debated and debated until it came down to two plans, James Madison's Virginia Plan and William Paterson's New Jersey Plan.

They debated the issues until they found a compromise everyone could live with.  We seem to have lost the ability to come together as Americans and iron out solutions to common problems.  Senate Minority Leader Mitch McConnell has labeled himself "The Grim Reaper," vowing to thwart all Democratic proposals, according to CBS News.  The content of a particular bill, or how that content would help the American people, doesn't matter.  Senator McConnell will lead a full court press against ANY bill proposed by Democrats.

I'm not sure when it happened, we've gone from being fellow Americans working together for a better future to being us versus them.  "We" are the good guys.  Anyone who doesn't with "us" are the bad guys.  Both camps have adopted this mind set to the point where compromise has become equated with defeat, rather than progress.

Written by James Kiester at 7:19 PM No comments: