Separating The Democratic Wheat From The Chaff

-
The line-ups for the first debates of candidates for the Democratic presidential nominee have been set. 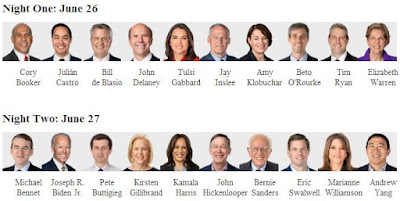 Honestly, I’m somewhat disappointed by the way it turned out.  By my way of thinking, Biden, Sanders, and Warren are the three clear front runners with Buttigieg and O’Rourke bringing up the rear as possible, if unlikely, dark horses.

Don’t misunderstand, I'm impressed with Swalwell’s poise and Inslee’s dedication to climate protection.
Realistically though, I give them as much of a chance of securing the nomination as Yang, the guy who wants the federal government to pay American tax payers $1,000.00 a month to live here.

I’d much rather see the top five, or at least the top three, battle it out on the same night.  Such a schedule would allow voters to make direct comparisons between the top candidates.  Sure not as many viewers would watch the second debate, but if it helps the electorate make an informed choice, then so be it.

I'm all for participatory government.  However, the Democratic Party’s number goal needs to be finding someone with the best chance of defeating Trump in 2020, rather than making sure every kid gets a turn at bat.

Written by James Kiester at 1:57 PM 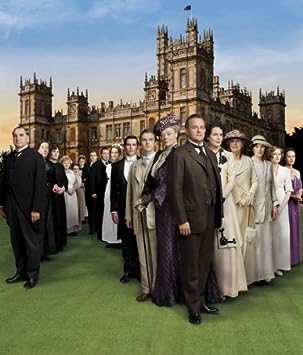